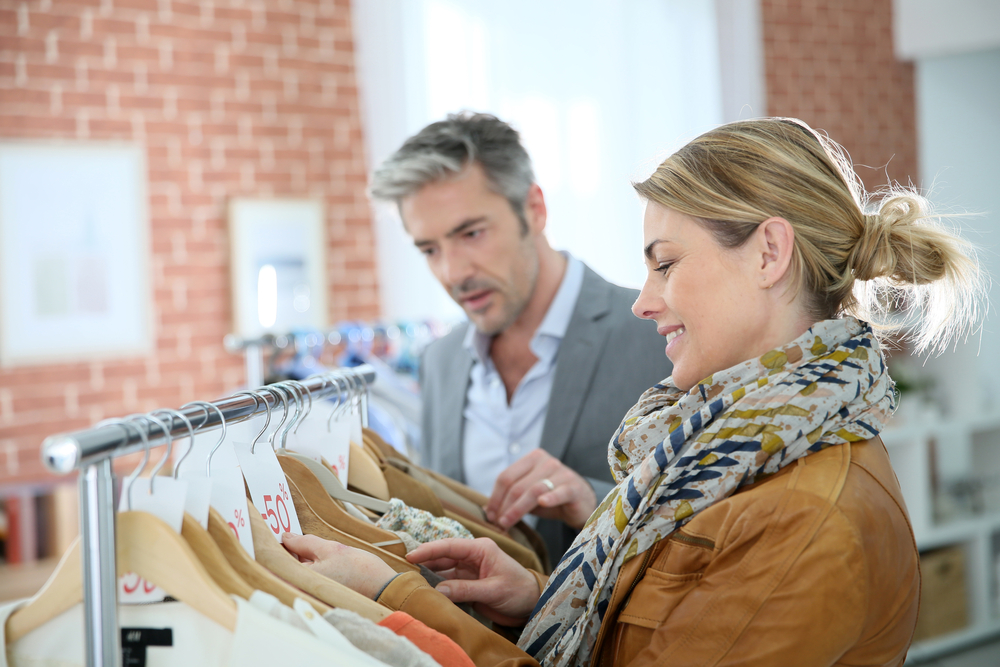 The American Association of University Women revealed that American women with full-time jobs received 80 percent of what men were paid. More than that, not only are women receiving lower paychecks, they also pay more for the same items and services as men.

Read on to find out the suspiring items that cost more for women and make them spend an extra $1,35i every year. 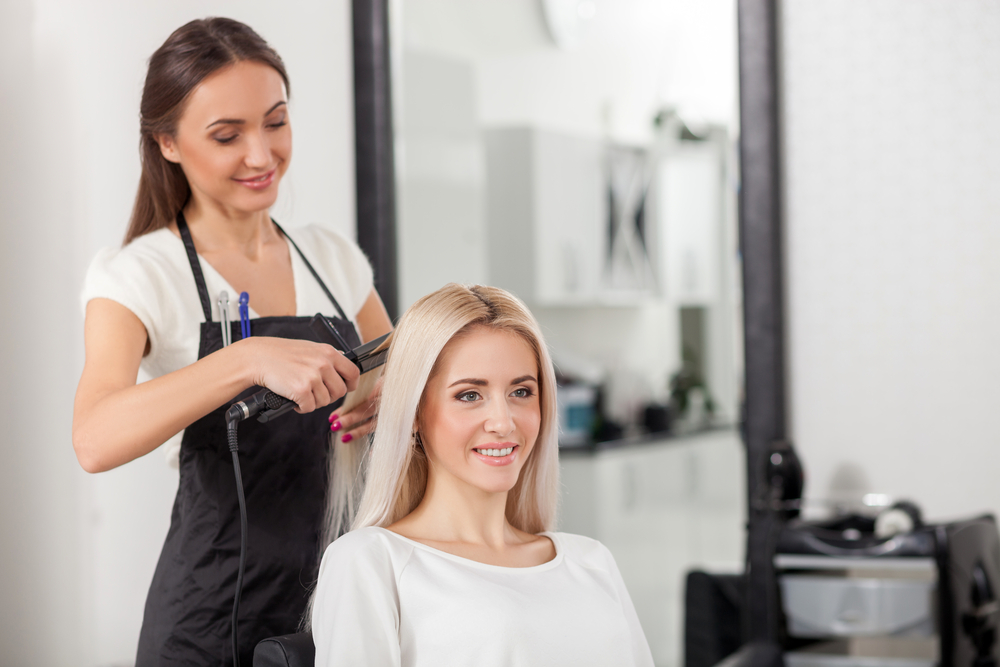 It might not come as a surprise that women are willing to spend more on hair care than men. However, it’s not just that they are willing, they don’t really have that much in the saying. That’s because costs are intrinsically higher for women even when they get the same haircut as men, according to a study published in the Journal of Consumer Policy in 2000.

In fact, there are was quite an uproar in Denmark when men and women had to pay the same price for haircuts, following a rule issued by the Gender Equality Board in 2013.

Nowadays, we still have a gender gap, but more and more saloons have started offering the same prices for both genders instead of going by the rule that women’s haircuts are more complex and should, therefore, be charged more. 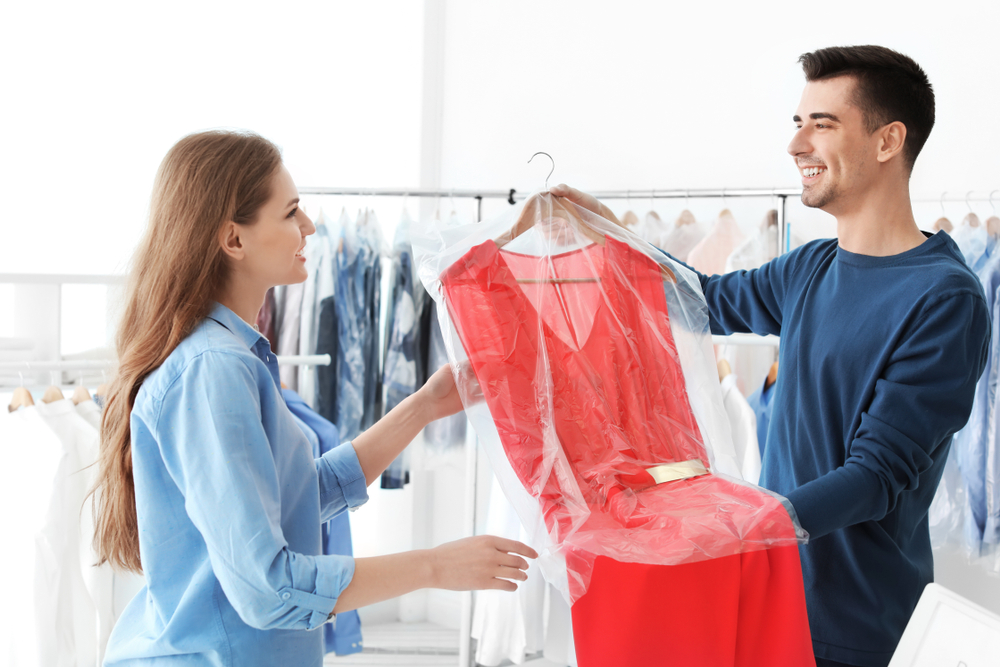 If you go to the dry cleaners with a pair of pants or a suit, regardless of your gender, you will roughly pay the same price. However, if you take a woman’s shirt to get laundered, expect to pay more. It’s not because they’re made of all sorts of delicate fabrics and have intricate embroideries that complicate the laundering process, because even laundering women’s shirts that are identical to men’s is charged more.

So, what is it then? One of the reasons invoked by certain laundry companies is the industrial pressing machines that are sized for men’s shirts. However, we’re not that convinced by this reason alone, especially when shorter or smaller men are still not charged as much as women for hand-pressing. 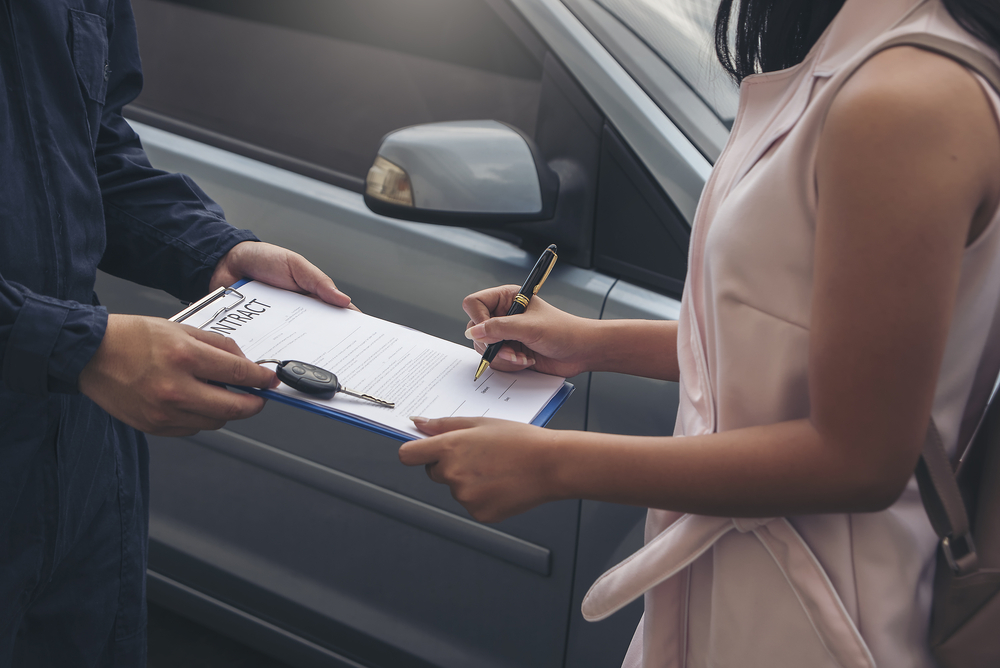 Women might not know all the technical characteristics and features of the car they want to buy and choose solely based on color, but this doesn’t mean they have to pay more when buying one.

Car dealers seem to disagree. No wonder, when they make around $250 more than their lowest price when selling to older women. In fact, according to a report by CJ Pony Parts, women are shown prices $200 higher than those offered by car dealers to men.

One of the reasons car dealers charge more for a car has to do with the level of confidence of the car buyer; and with only 38% women reportedly feeling confident when buying a car, it’s no wonder car dealers take advantage of the situation and increase prices.

The lesson to be learned from all of this is that you should always do your research before walking into a car dealership, find out all there is to know about the car you’d like to by, including technical features and price.

Fortunately, with car-buying services such as Costco and websites like Vroom and Carvana, men or women no longer have to deal with car dealers and negotiate with them in person. 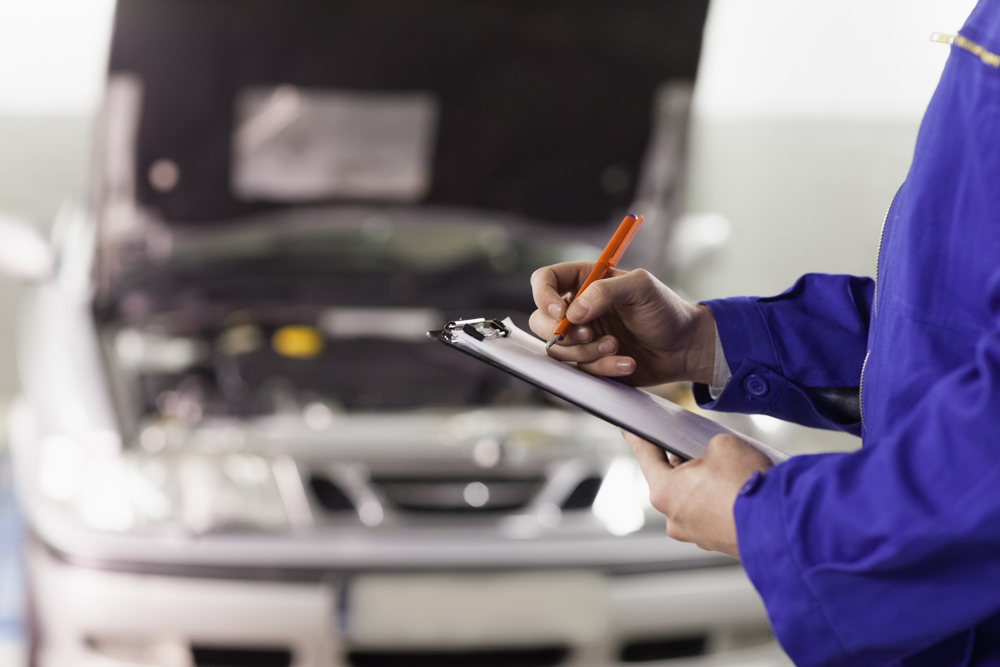 Apart from paying more when buying a car, women are also charged more when it comes to keeping it running. In support of this statement, researchers at Northwestern University’s Kellogg School of Management recruited men and women to participate in one of their studies which involved calling to various car services and garages and ask about replacing a specific car part.

Women were asked to pay an average of 6% more than men, especially when they confessed that they don’t know anything about the part and its price. They were, however, more likely to obtain a discount, if they asked for one later on. Several other studies performed over the years came up with similar results.

The takeaway: Always be informed before getting your car repaired, even more so if you’re a woman. 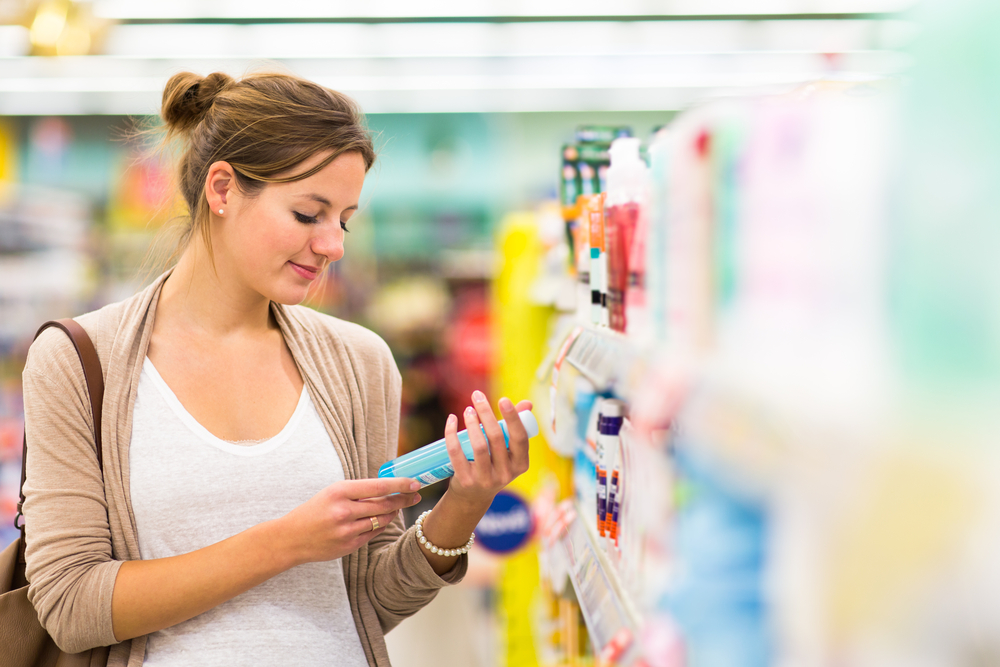 According to the Government Accountability Office, women pay much more than men for most personal care products such as deodorant, shower gel, shampoo, perfume or body sprays. Grooming is more important to women compared to most men and that’s what beauty companies rely on and take advantage of. Most products marketed for the female population is almost double the price of men’s products, though razors and shaving gel for men cost more.

Women’s products such as facial moisturizers are also more expensive than those for men, according to the latest study by Massachusetts General Hospital. The lesson to be learned here: Ladies, next time you’re shopping for personal care items, try the men’s aisle as well, especially if you’re not interested in scented products). 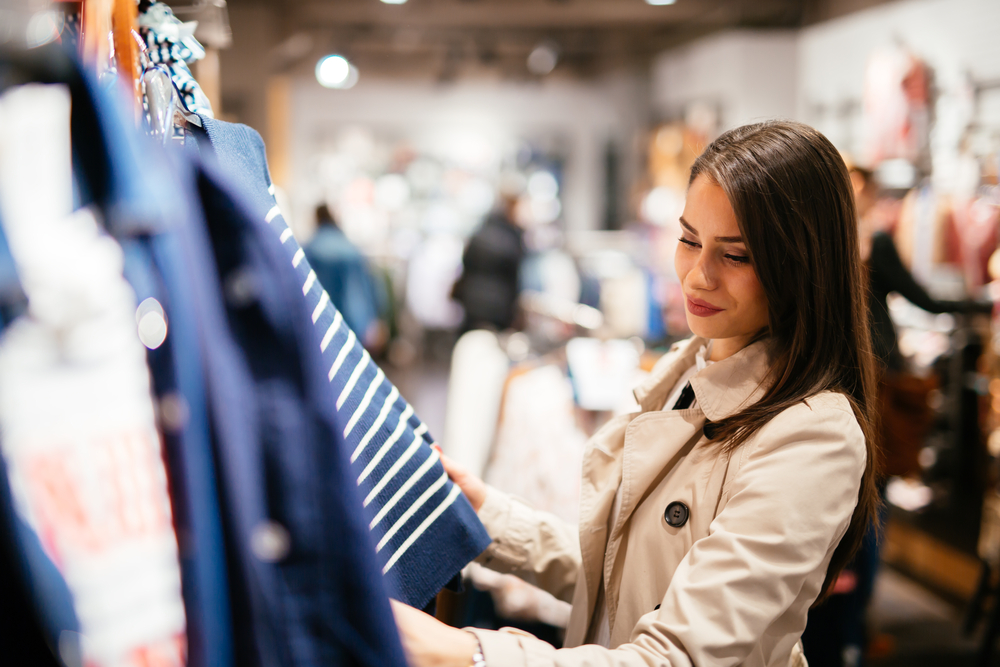 One of the most popular clothing items women pay more for is jeans. Those who want to be admired in a new pair of trendy and fashionable “boyfriend jeans” will have to pay around $168 for one. Men, on the other hand, can find similar washes at $80 or $90. Talk about a gender gap!

More than that, shirts for women also cost more than shirts for men and this can also be seen in the price of children’s clothing. According to a report by the New York City Department of Consumer Affairs,  titled “From Cradle to Cane: The Cost of Being a Female Consumer”, clothing for girls costs about 4% more than boys’ apparel. 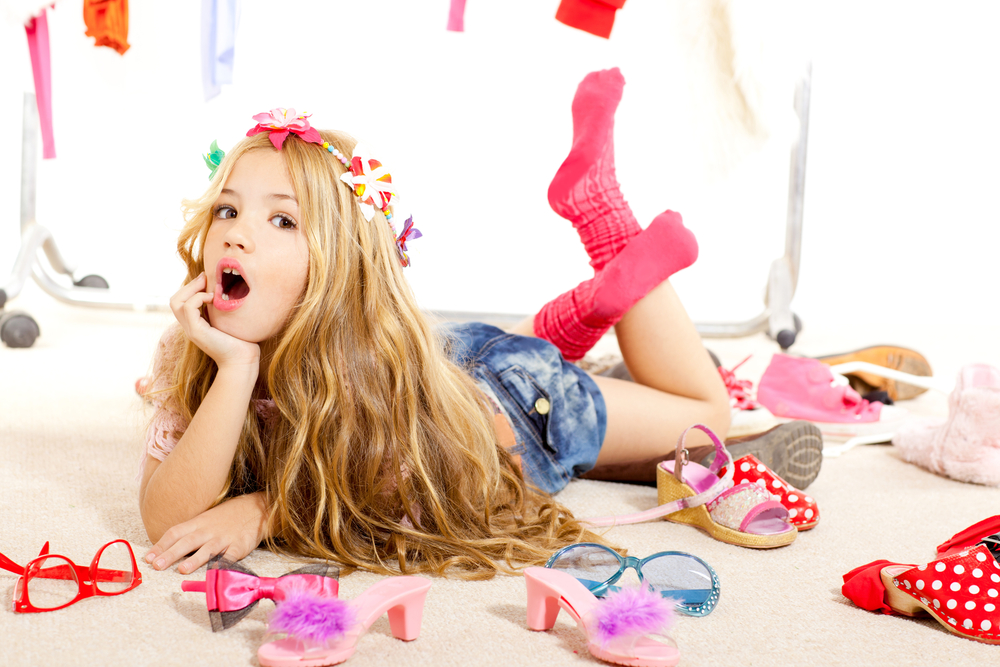 Speaking of little girls and boys, the price distinction can be seen early in other areas as well, with themed toys and accessories raising to the bar.

For instance, helmets and padding featuring Disney princesses or Hello Kitties and the like are among the most expensive.  According to the New York study “From Cradle to Cane: The Cost of Being a Female Consumer”, a similar helmet or padding for boys costs 13% less than it would for girls. This price difference is also valid for toys in general, where the price gap is 11%. 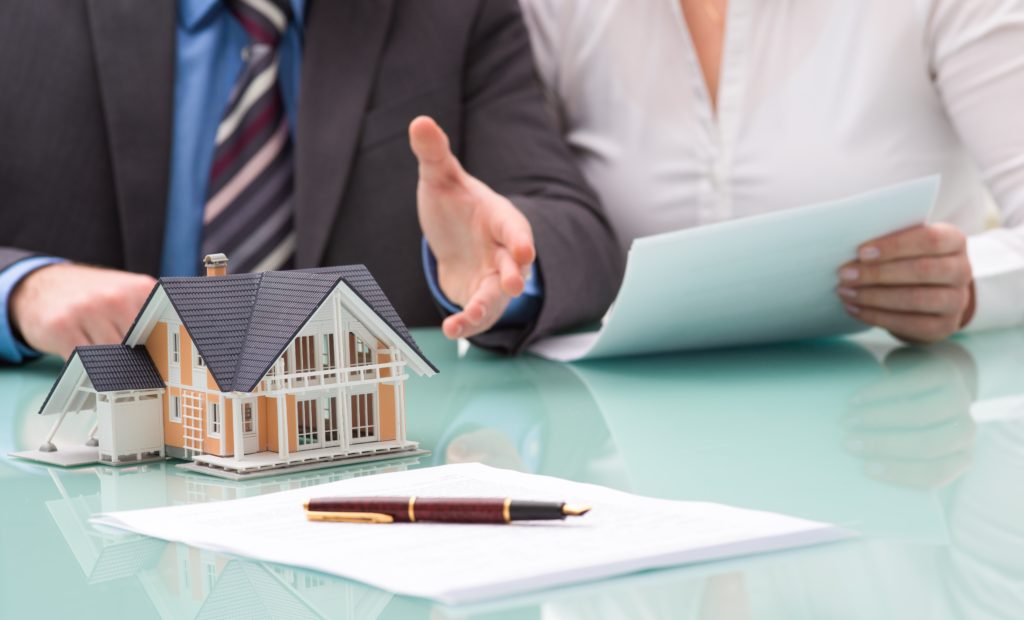 This might be the most upsetting and confusing item on the list for which women have to pay thousands of dollars over the course of their lives. According to a 2011 study, women are required to pay for higher-interest mortgages, even when they have better credit scores.

This is supported by a 2005 study, in which 10 percent of women who took out mortgages received the highest-cost subprime loans, compared with about 7.5 percent of men. “There is some research indicating that women are, on the whole, less likely than men to bargain for major consumer purchases and credit transactions,” said Allen Fishbein, the federation’s director of housing and credit policy. “And one of the things that’s still relatively unknown is that mortgage loans can be negotiated with lenders and brokers” because female applicants are less likely than men to search and negotiate for lower rates.

In addition, a follow-up in 2015 of the 2011 study revealed black women have it even worse when it comes to mortgages while the Woodstock Institute found that women in Chicago were less likely to obtain a home loan at all, compared to their male counterparts. 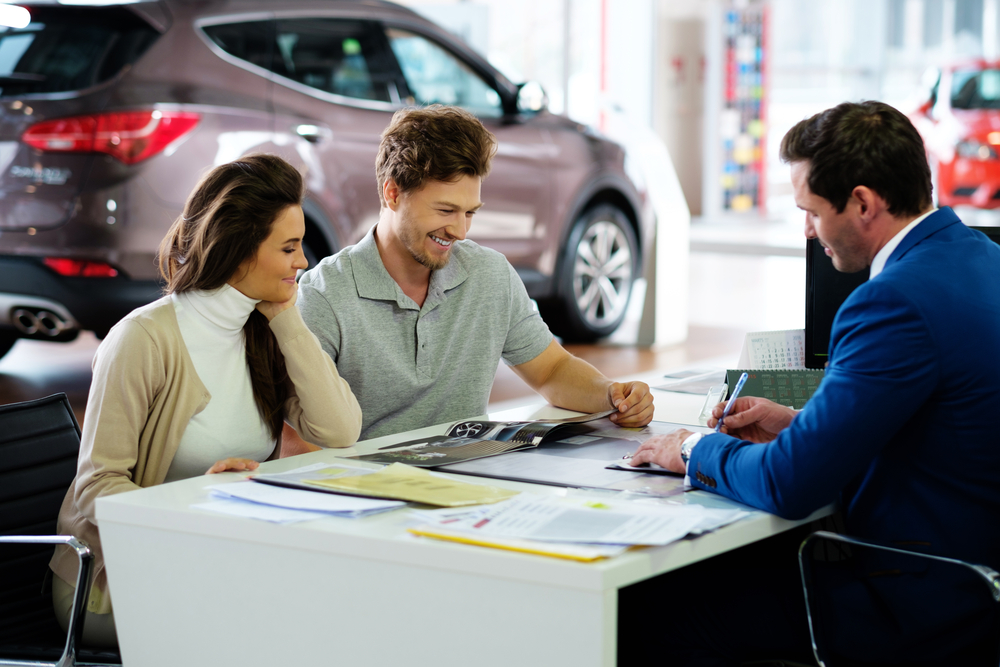 According to Insurance Institute for Highway Safety data, men tend to drive more miles, take more risks and be more aggressive when driving; therefore, it’s no wonder that most of us believe that men pay more for insurance.

A 2017 study conducted by the Consumer Federation of America overthrew this theory and revealed that women with impeccable driving records pay much more than men with identical driving records. In terms of premiums, 20-year-old women have to pay lower prices than for 20-year-old men, in most cases.

In 2018, the state of California prohibited insurance companies from setting insurance ratings based on gender. California is one of the latest states to join others that implemented such regulations and although it’s a long way from all states recognizing this gender disparity, it’s still a step in the right direction.

Ladies, you all know a night out with the girls at a bar or nightclub usually involves free entry and all sorts of special drinks for women, from Bachelorette parties to birthdays and, more recently, divorce parties. This practice is meant to attract women into bars and subsequently more straight men, but some men are unhappy with paying cover and full prices and have even taken their complaints to court. 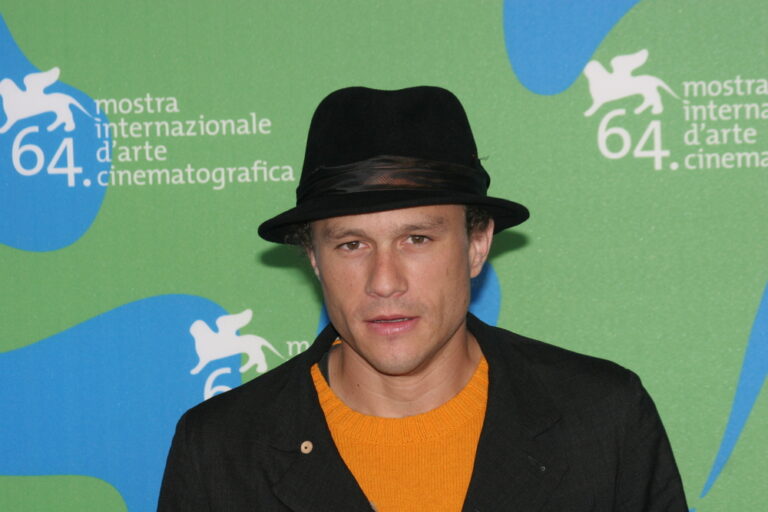 14 Celebrities and Their Intriguing Final Words Before Their Tragic Deaths

Knowing what someone said in their last moment of life 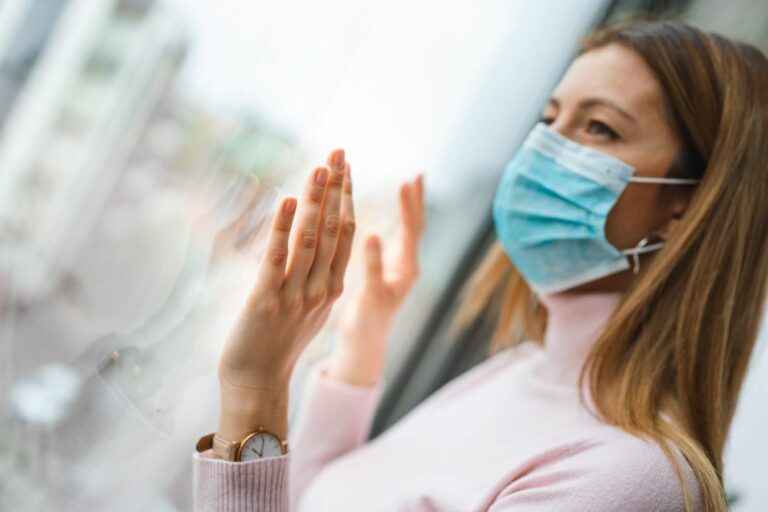 With the coronavirus pandemic not seeming to go away anytime 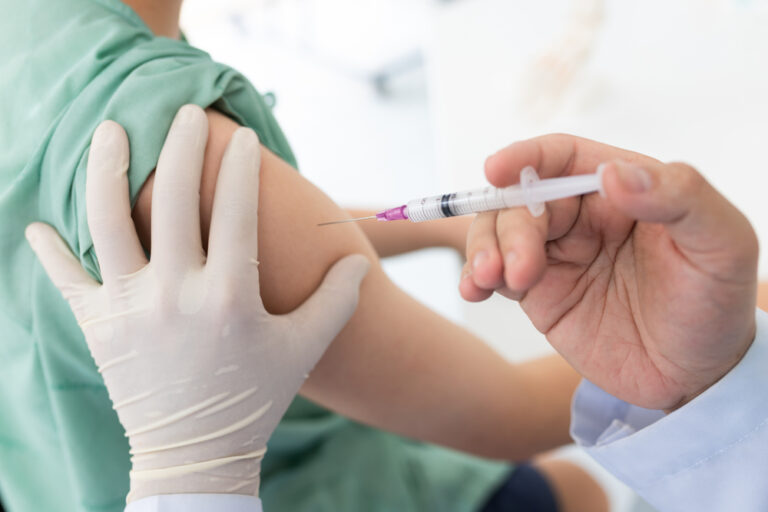 How To Know Which Vaccine To Get, According To Dr. Fauci

For the moment, Americans can get two types of COVID 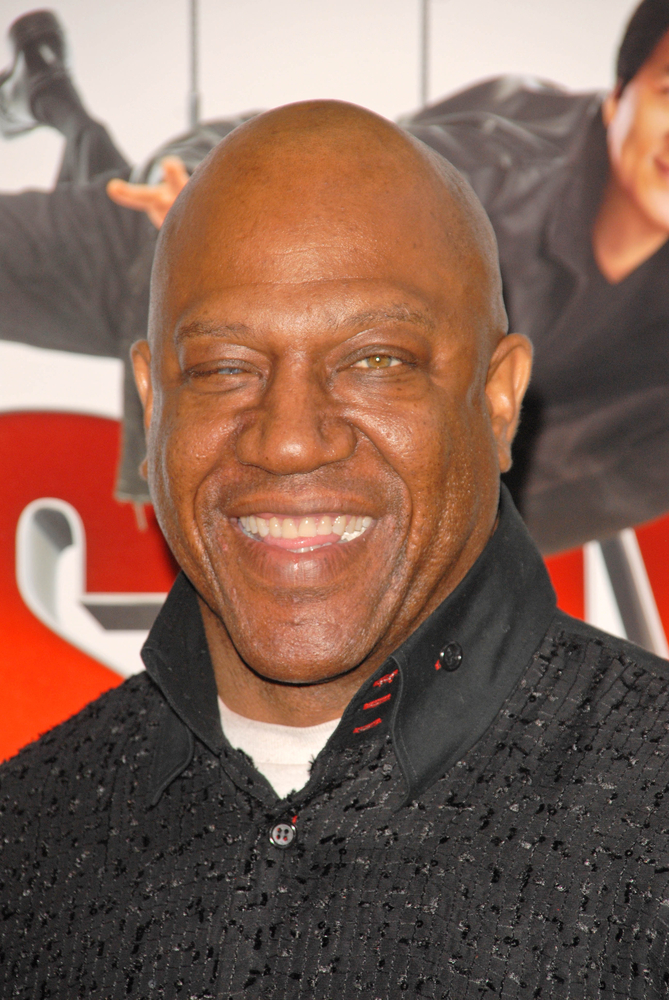 7 Celebrities Who Have Died from Coronavirus

We all hoped that the coronavirus pandemic would end with 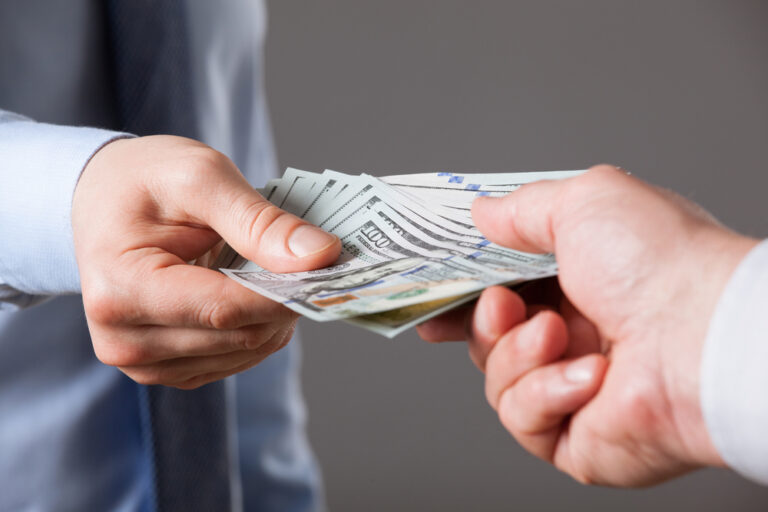 With companies going bankrupt on a weekly basis, hundreds of 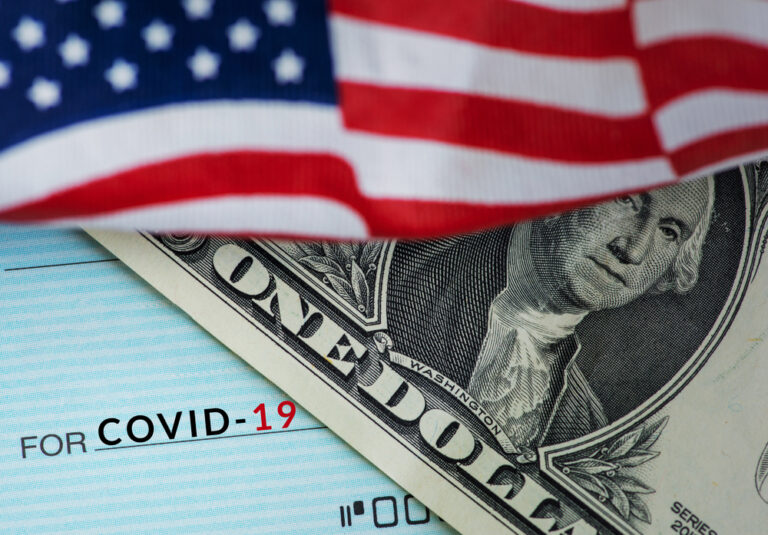 Whether we like it or not, it seems that a 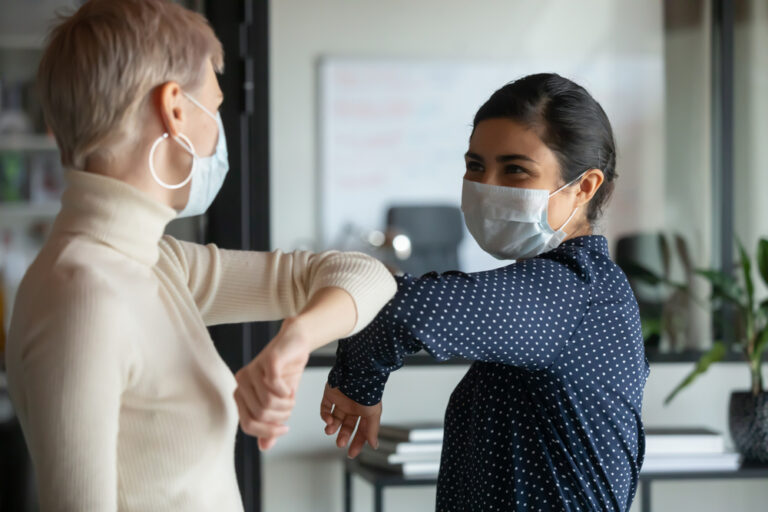 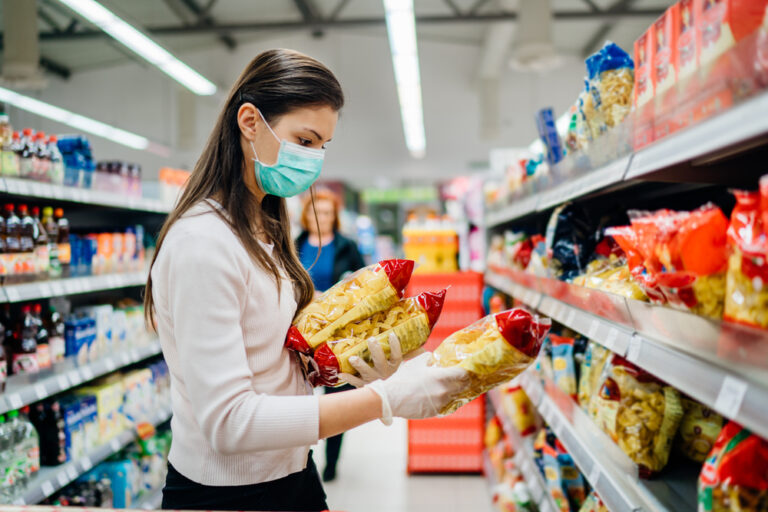 Is there anyone who wouldn’t like a good deal? I

4 Things Dr. Fauci Avoids Even After Getting Vaccinated – You Should Too!

There are currently two types of COVID-19 vaccines being administered to Americans, the Pfizer vaccine 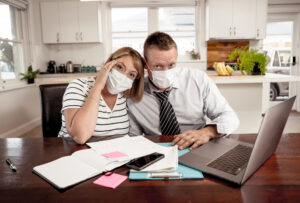 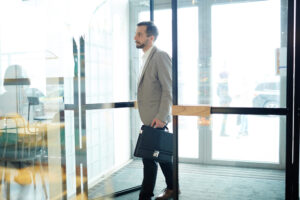 We might not wear suits and ties anymore every time we go out, have formal 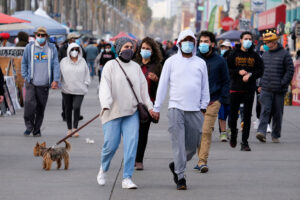 These 2 States Have the Worst Outbreaks of the New U.K Strain 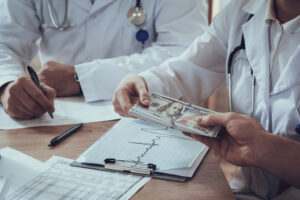 5 Most Common Healthcare Provider Frauds To Watch Out For

Healthcare provider fraud is more common than we would like to believe. According to the 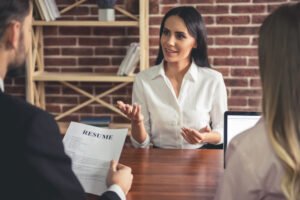 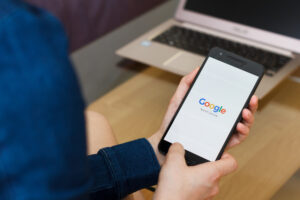 In the era of Google, it might not come as a surprise that the search 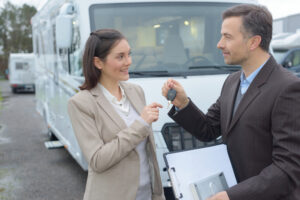 Lots of purchases seem like a great idea at some point, only to do the 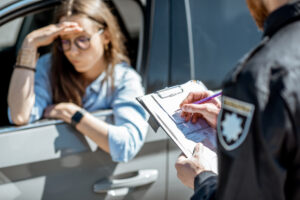 You probably think that you’re a good American. You pay your taxes, you never run 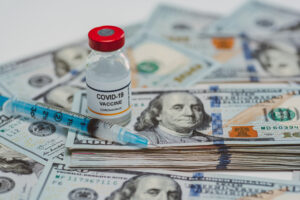